Blackjack is a very popular game played in casinos around the world. The card game is easy to learn, easy to play, and is found on most online casino sites. The game is played with one or more decks of 52 cards, no wild cards or jokers are used. Blackjack is dealt by a house dealer and the object of the game is to beat the dealer’s hand or point-total without going over 21 and busting.

The History of Blackjack

The game of blackjack, or twenty-one, has been played for more than four centuries, although the rules have changed slightly over time. In the mining towns of the American West, a two-card 21 paid even-money, unless the hand was the Jack of Spades and the Ace of Spades or Clubs, then the payoff was 10-1. This rule may have prompted the adoption of the name blackjack over the previously used name of twenty-one.

Today, the names blackjack and twenty-one are used interchangeably, although a two-card hand total of 21 is called a blackjack and pays 3-2, while a three-or-more-card 21 is simply a twenty-one, and pays even-money if the total beats the dealer. 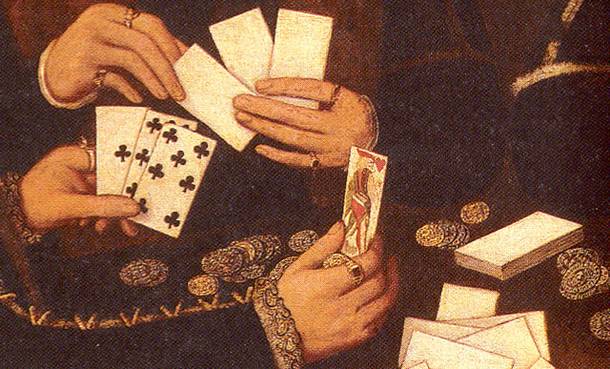 In North-American, Australian and European casinos, blackjack is by far the most popular and widely played casino game. In Las Vegas and Atlantic City, blackjack has far more floor space than any other table game. In Asia, things are a little bit different.

Here, blackjack is more of a 2nd tier game. While it is more popular than Caribbean Stud Poker and 3 Card Poker, it’s popularity falls way behind that of Baccarat which normally commands 80%+ of the floor space in land based casinos. Even the dice game Sic-Bo attracts more players.

All Asian online casinos offer blackjack games, both as a Flash game and a live dealer game, though again, it is much less popular than baccarat. That said, it’s popularity has grown a lot in recent years with many more Asian gamblers starting to play the game.

How To Play Blackjack

Blackjack is a table game with a house dealer and players compete against the dealer, not each other. While different variations of the game do exist, Asian blackjack and that played in other countries is essentially the exact same. Players make a wager based on the table minimum and maximum bet and the dealer delivers two cards to each player and to themselves. One of the dealer’s cards is dealt face-up, allowing players to guess whether the dealer will need to take an additional card (take a hit) or perhaps stand-pat. The house has a considerable advantage because the player must act first. It the player takes additional cards and goes over 21, they “bust,” and lose their wager.

Face cards and tens count as 10 in blackjack. Aces may be counted as 1 or 11, at the players’ discretion, and all other cards are their pip value (the spots on the card, an eight counts as 8, etc.).

To win, the player must have a higher point total than the dealer without going over 21. When the player is dealt a two-card 21 (ten-value card of ten, jack, queen or king plus an ace), they cannot lose. They will either win, and be paid 3 for 2, or they will “push” and no money will change hands if the dealer also has a two-card 21, or blackjack.

Regardless of the player’s point total, if they do not bust, they will win the hand and be paid even- money (1 to 1) any time that the dealer busts, or goes over 21. With this idea in mind, players routinely refrain from hitting (taking additional cards) when the dealer’s up card is a 2, 3, 4, 5 or 6, because they know the dealer must take another card. In this case the player will “stand” and take no more cards. Since a deck of cards is comprised of 16 ten-value cards (about a third of the deck), there is a good chance that the dealer’s unseen, or down card, is a ten and they will hit with another ten and bust.

Rule variations such as the number of decks used have an impact on the house edge. A single deck game is most advantageous for the player, however most Asian casinos use six or eight decks mixed together. For online players it is sometimes hard to know how many decks are being used. Make sure you search all available games before choosing where to play.

Online players may also have the choice of one-on-one play, where it is just you and the dealer at a table, or joining a multiple player game. These are likely to be computer generated players, not other “real” players, but don’t fret, that won’t impact your own luck. However, with a multiple player game you will see more cards that have been used and may make certain decisions based on what you see.

In addition, online blackjack is available with a “live” dealer at most Asian casino sites. In this case you will be playing with other “real” players and a “real” dealer. You’ll have to decide whether this is the style of game you want, or whether the standard game is more to your liking. If the games offer the same rules, then you won’t gain or lose anything by choosing one style over the other.

Blackjack offers more than just taking a hit or standing on each hand. Players have the option of splitting their 2-card pairs into two hands (split), doubling their wager after seeing their first two cards and taking a single hit card (double down), and taking insurance when the dealer shows an ace up-card.

The player will be offered a chance to take insurance if the dealer’s up card is an ace. This is a separate wager that the dealer’s down card is a ten-value and the dealer will have a blackjack. Insurance pays 2 to 1, and the wager may be for half of the players first bet. Since 16 cards in a deck are ten-value, 36 cards are non-tens, so the 2-1 payoff is good for the house, bad for the player, so don’t take insurance unless you are on a multi-player table with a single deck, and there are more than five 10-value cards showing on the layout.

Some casinos offer surrender, which means that after seeing the first two cards a player is allowed to surrender, or give-up half of their bet and the hand is over. As a general rule, surrender is best used when the player has a 15 or 16 against a dealer’s up card of 9, 10 or ace.

When a player’s first two cards are of equal value (jack-10, 8-8, 2-2 etc.) they may split their hand and play two hands starting with a single card. If they receive another matching card, they can split again, usually up to a total of four hands. A simple rule is to always split aces and eights. Splitting aces is good because they are likely to result in a superior hand, but because of this, the player is allowed only a single card on a split ace, they may not draw additional cards. And, if they draw a ten, they have a 21, not a blackjack.

When your first two cards total 9, 10 or 11, you’ll want to double down on many hands. You should do this if the dealer’s up card is lower than your total. In this case you double your original wager and receive a single card. You are not allowed to draw any additional cards.

The simple rules for hitting and standing, taking insurance, doubling down, and splitting pairs will reduce the house edge to a very small percentage (most likely about 1%). This makes blackjack a very good game to play. You can improve your play slightly beyond these simple rules by learning a more complicated set of rules called basic strategy, but your gain will be very small.

On the other hand, the house offers bonus bets and special side-bets at some blackjack tables and their edge is very large. In fact, most bonus bets have a house edge of over 5%. The best rule of thumb for side bets is to avoid them all. They are fun and exciting, but they are expensive.

For online players, remember that you are going to get a lot of hands played each hour. With all those wagers, a bonus bet will drag your bankroll down very quickly. Take bonus bets in extreme moderation!